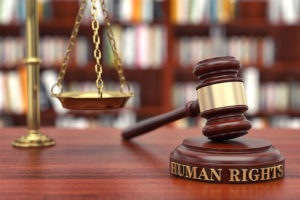 Facing a first degree murder charge for the premeditated death of McDonald, Van Dyke and his legal team claimed the shooting was committed in self defense. The judge explained to the jury upon sending the 12 members to a room for deliberation that second degree murder was also on the legal table.

One of the most prominent civil rights attorney in Chicago, Andrew Stroth, said the conviction of Van Dyke “is a watershed moment” that proves the police reforms started right after McDonald’s death in 2014 “are real.” Stroth emphasized an acquittal would have sent the opposite message and the City of Chicago “would have erupted” if the jury had delivered a not guilty verdict. The release of video camera footage displayed the entire incident, which Stroth said “is a culmination” of the decades of frustration experienced by the city’s black community.

The violent protests that marred the city prior to the guilty verdict transformed into peaceful gatherings of racial unity during the days following Van Dyke’s second degree murder guilty verdict.

A legal expert specializing in Illinois criminal defense law said on the day after Van Dyke’s conviction the police officer would likely serve less than 10 years for the second degree murder of Laquan McDonald. Defense attorney Steve Greenberg has defended more than 100 suspects in murder trials. Greenberg said that because the jury came back with a second degree murder conviction, Van Dyke avoided the mandatory minimum 45-year sentence associated with a first degree murder conviction. Greenberg believes the judge sentencing Van Dyke will give the former Chicago police officer no more than a six-year sentence, which brings us to an important point.

What will be the reaction of the African American Community and the Chicago Police Department after the judge hands down Van Dyke’s sentence?

Future of the Relationship between the Community and Chicago Police Department

More than four years have passed since the fateful day of October 20, 2014. Racial tensions no longer boil over, but the animus between many residents of the city and the embattled police department continues to simmer just below the surface. As residents of the city wait anxiously for the sentence of Van Dyke, Chicago is still dealing with a spike in gun violence that receives national media attention. During the weekend immediately following the Van Dyke conviction, more than 70 Chicago residents were treated for gunshots wounds. Twelve Chicago residents lost their lives because of gun violence. 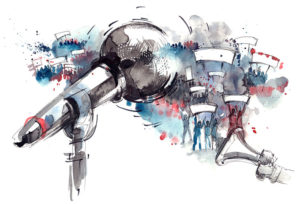 “So I’ll tell you this. When I became superintendent in 2016, for the first eight months, every day, I was out in the community or with the rank and file trying to rebuild the trust and get the morale back up. So the way that you do it is you go out there. You talk to people. You invite them into your space. And you hear and listen to their concerns. And when you can, you address those concerns. Now, we’ve made some progress. Are we there yet – no. I know being a cop in Chicago for 30 years that we’ve done some things incorrectly. So I think the way you combat that is by making the department more professional.”

How much work will the Chicago Police Department have to perform, if the sentence for Jason Van Dyke does not appease aggrieved members of the community?  Time will hopefully tell and relationships between police and the community will ultimately strengthen.

We keep tabs on current events in Fresno and throughout the Country at Tryk Law, PC.  Our firm handles a variety of cases involving your personal rights, including California Civil 52.1 or “The Bane Act” which makes it illegal for government officials to intentionally interfere with or attempt to interfere with a person’s civil rights by threats, intimidation, or coercion.