The U.S. Bureau of Bureau of Labor Statistics recently reported that 2.8 million Americans were involved in non-fatal workplace injuries in 2018. A large portion of the 2.8 million reported workplace injuries involved serious injuries occurring on construction sites.  As a result, such sites are highly regulated by California and Federal Government.  Even so, construction deaths continue to rise. 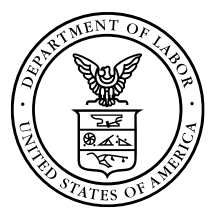 In 2018, there remains a steady increase to 79 construction site deaths reported to Cal-OSHA.

2) INJURY TO WORKERS BY FALLING OBJECTS;

OSHA and Cal-OSHA are governing bodies for workplace safety in the United States and California.  Workplace safety is governed by these agencies. As a result, there are stringent safety requirements in the construction industry.  OSHA and Cal-OSHA are charged with investigation and enforcement of workplace injuries. As a result, these agencies keep statistics relating to common violations and citations.

The TOP 10 most common violations of workplace safety in 2016, 2017 and 2018 are listed by the United States Department of Labor as follows:

YOU MAY BE ENTITLED TO MORE THAN WORKERS' COMPENSATION BENEFITS

If you are injured on the job, there is a rule of law called the “Exclusive Remedy Doctrine” which limits recovery by the injured worker to limited Workers’ Compensation Benefits.   However, there are exceptions to the exclusive remedy doctrine.  Some of these include the following:

—  Fraudulent Concealment – In the event an employer attempts to conceal a workers’ injury when connected to the employment. In order for this exception to apply, three prongs must be met: (1) the employer actively concealed the employee’s injury; (2) the connection between the injury and employment are concealed; and (3) the injury was aggravated or made worse following the employer’s concealment.  This exception is codified by Labor Code Section 3602.

—  Employee Assaulted by Employer – If an employee is injured by the willful assault by his employer, the worker is not limited to workers’ compensation benefits.

— Injury Caused by Third Party – If an employee is injured in the workplace by an individual or entity which is not their employer, the workers’ recovery is not limited to workers’ compensation benefits. This is the most common means of recovery to construction workers since there are so many parties present on construction sites belonging to various entities.

— Uninsured Employer – When an employer fails to maintain workers’ compensation insurance, they are deemed an uninsured employer.  The worker may then file a lawsuit in Superior Court and many times begin with a presumption of negligence on the part of the employer.

OUR RECENT RESULTS IN CONSTRUCTION OR WORKPLACE INJURY CASES